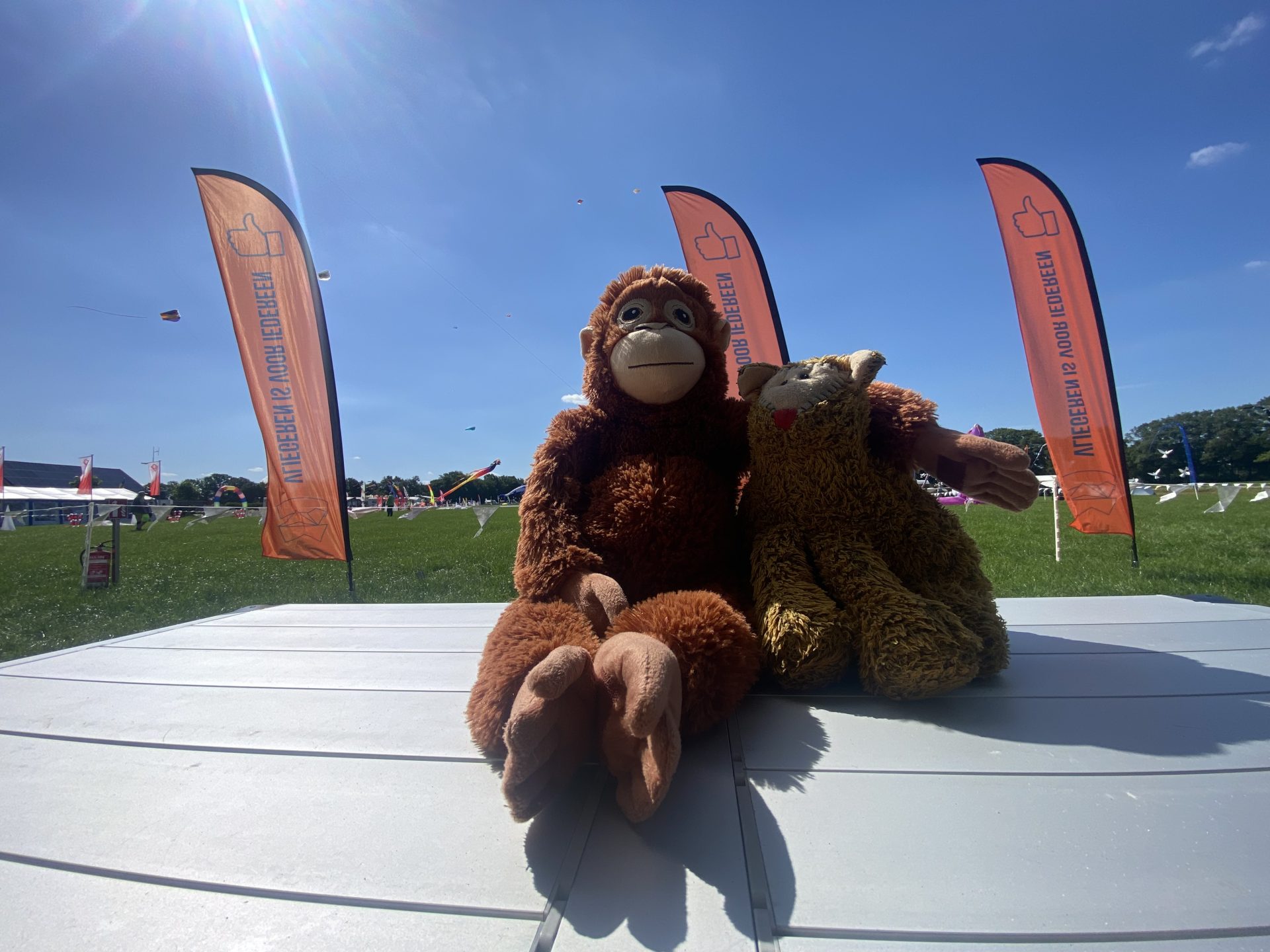 On Thursday, the adventure for the weekend began. After work, I immediately drove to Drunen in the Netherlands for the first stop.

I had booked a B&B there, apparently with a four-poster bed….

On Friday I first did some shopping in the local supermarket. after that it was time to drve to Vliegeren is voor iedereen HQ.

Then we drove on to the kite festival in Twente.

After a little over two hours we arrived at the kite site,

After setting everything up, it was time to fly some kites. I put on my Koinobories and Rob put his Stitch in the air.

the first view I had from the outside looked good.

After breakfast, the kite flying could start, but the wind was not so strong.

the whole day it was off and on, unfortunately I couldn’t fly that much because of this,

There were a few kites lined up around the field. You can find part of it below.

Night kites, a kite discipline in its own right.

This time we were also visited by a hot air balloon that landed on the kite field.

Besides my lighted baby dragon, there were many more things to see around the field. from tiny butterflies to a giant cat.

On Sunday it was a bit the same weather as on Saturday, too little wind to really fly well.

Attempts were made to get something up in the air.

I myself had nothing in the air, but I have put some Taikoe next to the field

Around 3 pm I started cleaning up, and by 5 pm everything was back in the trailer

and it was time to drive back home.

However, I was not home until Monday, because I had booked a hotel for Sunday evening,

The weather was not one hundred percent what it should have been, but the many kites together made for a great party.

too bad there won’t be a new edition of this festival,

otherwise I would definitely join again