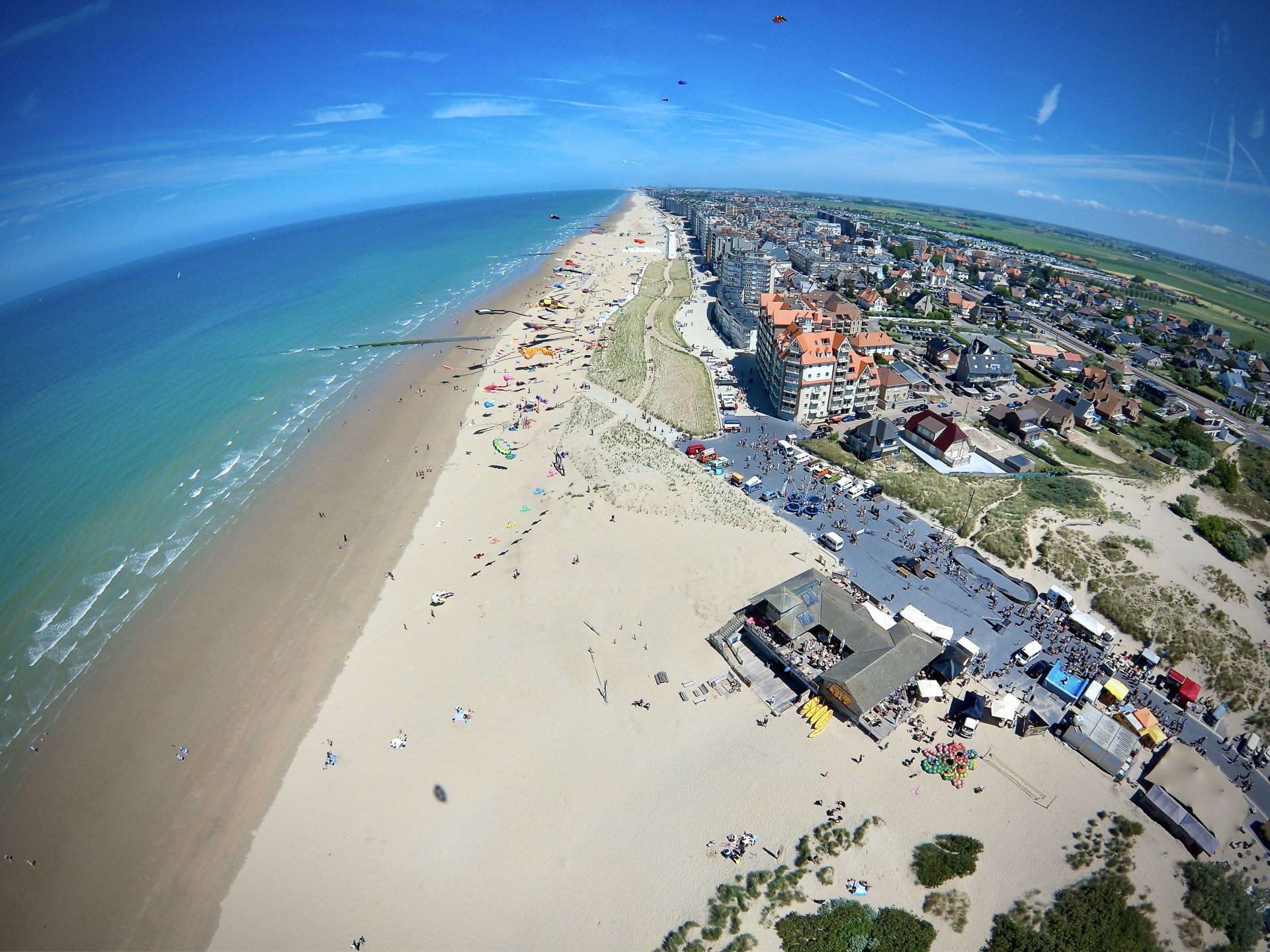 There aren’t many big kite festivals in Belgium throughout the year, but this weekend there was finally one. Namely the kite festival of Westende. It was an international edition with participants from and around Belgium and The netherlands. I was there too, just like my occasional team members of Vliegeren is voor iedereen. Together with all the other participants we made it an unforgettable party. A good kick-off for the upcoming summer months

Friday evening after work I drove to Westende. There I had an appointment with my friends from Vliegeren is voor iedereen.

There we had booked a B&B, 5 minutes from the kite location. An ideal base of opperations.

Saturday, after breakfast in the B&B at 9 o’clock, we had planned to be at the meeting point near the beach.

Not much later we were on the beach

Once everything was nicely unloaded, it was time to put the first kite in the air. This time it was Team Sushi’s turn and my 7 square meter Power Sled

After Team Sushi, it was time to get my Turbine out of the kite bag. it had been some time since it had flown again.

In the morning I got a visit from Quito,

For safety I made flags to put around my Rotor, Marjolijn thought it was necessary to protect her witch.

After I set up Sparky, the wind was stable enough to take a walk through the kite field.

With my phone, GoPro’s and KAP gear at hand, I happily photographed all of it, a small selection can be found below

While I was taking the beautiful pictures above, my KAP system was also busy taking pictures

At the end of day 1, I also took the opportunity to take a picture with the Vliegeren is voor iuedereen kite while cleaning up.

Day 2, started with installing my Rotor and the new warning flags.

The flags warn visitors of the dangers of the Rotor. Many people saw the flags and the warning and walked around the marked area. So the test went well.

However, I had not taken the tides into account when placing the big bag. We had already moved it a few times, but unfortunately.

Luckily the water was just at its highest. after waiting half an hour, shaking the rotor well (and sandblasting Marjolijn in the meantime…) the rotor could turn again.

We also had a visit from the MH90 rescue helicopter.

as the day progressed the wind quality improved. As a result, a few more kites were released.

You can find a part of all the kites below.

It looked spectacular from the sky too. Not only the Kite Festival, but also the adjacent Volkswagen-VAN festival

Along with taking the pictures, I also used a 2nd GoPro to film. The full unedited video can be found below:

It was AMAZING, nice weather, good wind
Many kite friends that we have seen a long time and some less long ago

I’ll sign for it again right away. Too bad we have to work again on Monday…

Looking forward to the next event