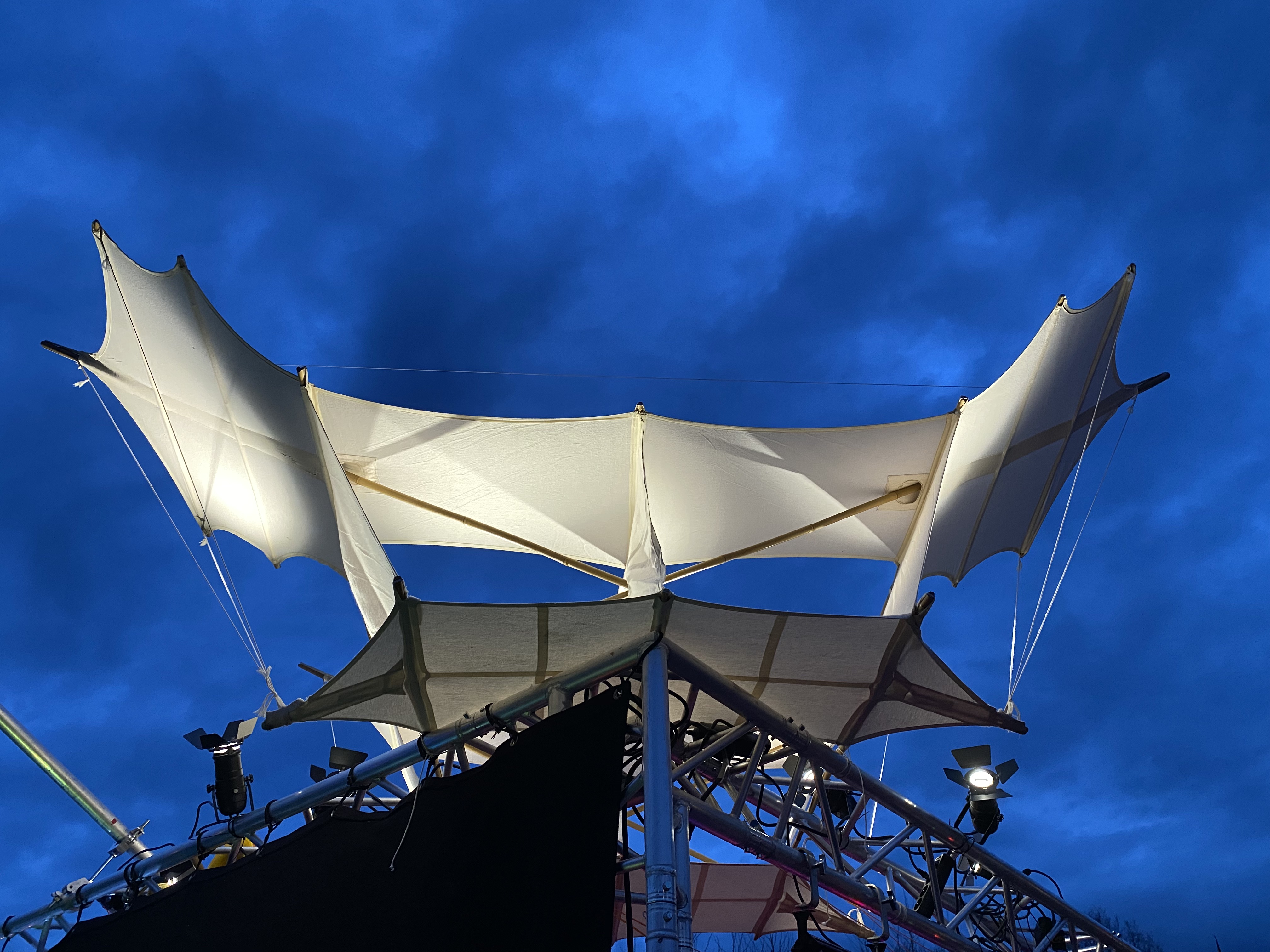 Every year in August, a big kite festival is organised in Rijsbergen. Last year, however, it was decided to also organize a light festival on the square near the village hall. As the saying goes “Third times the charm” this was also the case for the light festival. After the second reschedule, it was finally March 12, 2022. The festival could finally kick off

Since the festival has been moved twice, I have had a lot of time to prepare things. Below you will find what I have prepared.

I have provided the Taikoe family with a built-in fan at 5 volts. Then I put garden LED lighting under the cows to illuminate them.

In my Cody I placed light tubes to illuminate the cells

The Koinobori are all equipped with new batteries.

I tested my box kite with flashing lights. which was a nice result.

Construction of the festival

The construction of the festival happened [for me anyway] in 2 days. On Friday I had to pick up some material and a van.

After a while the van was completely full and it was time to drive down to the Netherlands.

After checking in at the hotel, it was time to visit my friends from Vliegeren is voor iedereen

On Saturday I started the day with assembling the trusses. The trusses are an essential part of the route on the square.

After building up, it was time to fill up the construction, this was done by several kite fliers.

Of course much more was built than the trusses, you can find a part of it below.

After the evening lunch and when it got dark. all the lights could be lit.

Deconstruction of the festival

After the festival, everything was broken down and put back in the van.

On Sunday it was just unloading, refueling and dumping the van back at the rental company.

Conclusion of the festival

When I came home on Sunday, it was with a sore back, sore arm and a blister on my little toe… But I look back more than satisfied on a more than successful festival and certainly worth repeating.

And now on to the next party.