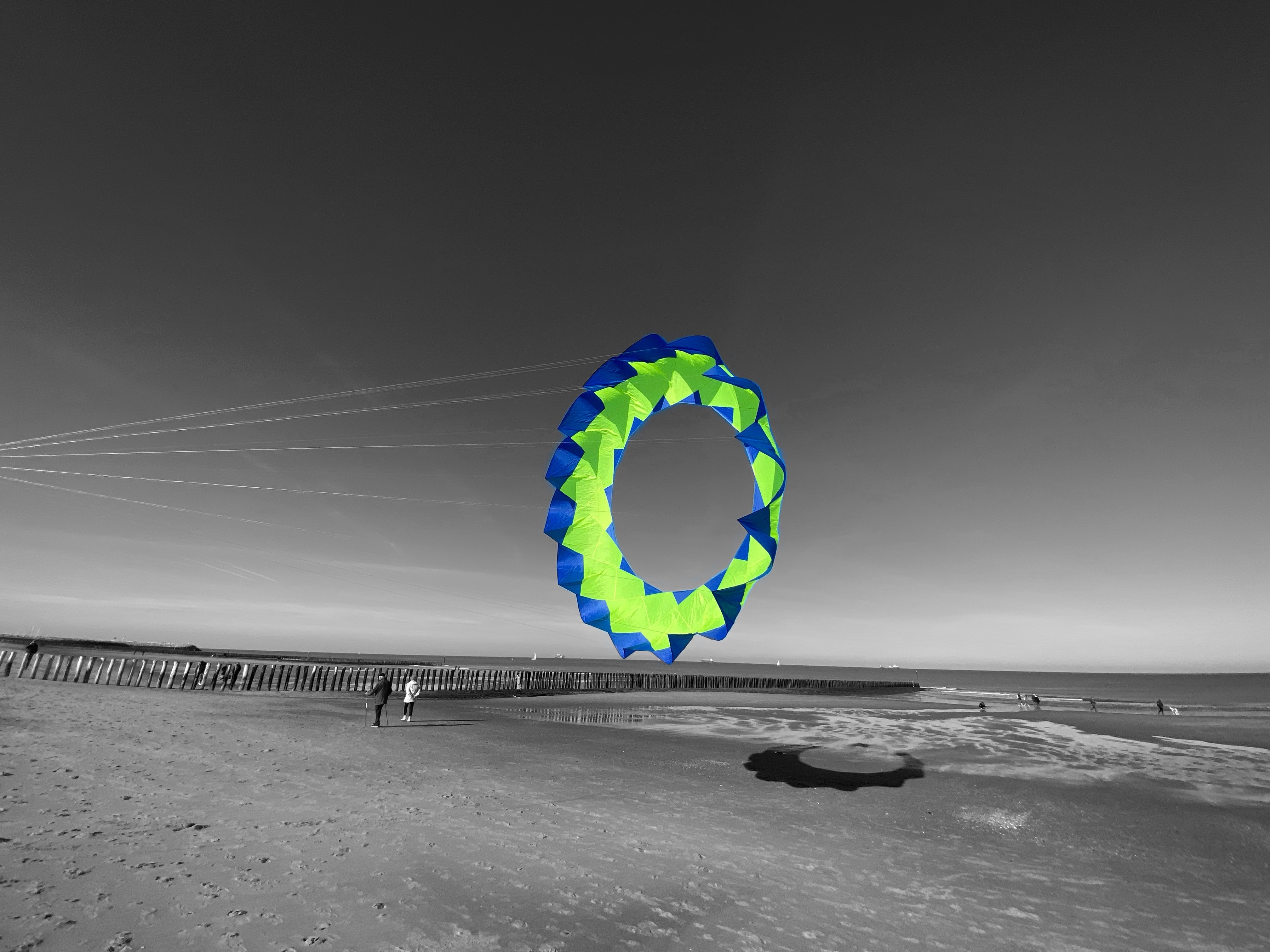 After the Texel kite festival I still felt like flying a kite and because the weather was great, I went to Cadzand for akite flying day. For the 3rd kite party of the year on the beach of Cadzand.

After I had loaded the car early in the morning, I left for Cadzand. When I got there, there were already some kite fliers on the beach. After I had chosen my place, I first set up a new kite.

Well, it’s not really a kite, but a rotor to be exact.

Of course, the turbine could not be kept in the bag. Together with the rotor this forms a nice picture. Though I say so myself

Sparky was also allowed to go up in the air, but there was just a little too little wind to be good.

This is because Sparky was positioned in the sky just behind the dunes.

At the end of the day everything was picked up with the 4×4. All in all a successful day and one to be repeated.

There were of course more kite fliers and more kites than mine alone. Below you can find an overview .