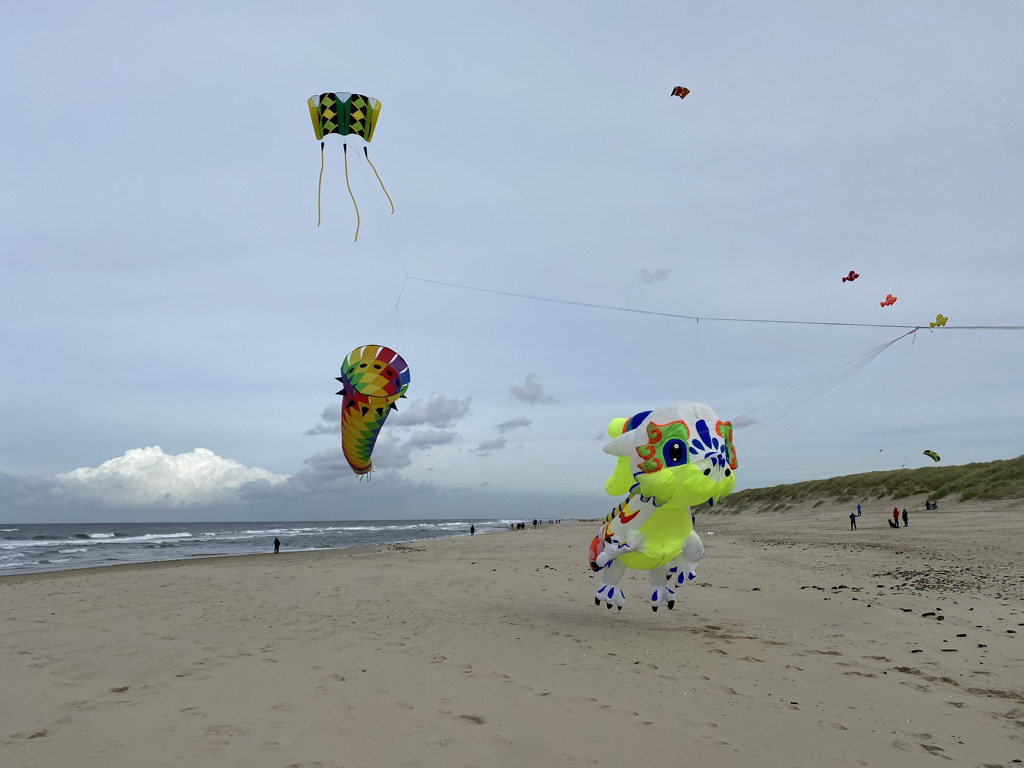 After a year without a Wind Festival, during the first weekend of October the time had finally come. The last multi-day kite festival of 2021 was one full of fun, kite friends and people I haven’t seen for a long time. Although it was a shortened edition due to the weather, it was certainly no less enjoyable.

Thursday evening I had already prepared everything, car, trailer, kites, etc.. ready to go to Texel on time on Friday.

After leaving for Texel on Friday around 9 am and stopping for a while at the Decathlon, I crossed the border at Antwerp without any problems.

After a peacefull journey of 5+ hours I joined kite friends Rob, Marjolein and Mattie and we drove to the boat together

After the toll gate we both missed the boat that was waiting, so we took the next one half an hour later.

Once back on land I drove to the group accommodation the Zilvermeeuw, where I set up my new tent in the garden.

Then dinner and some socializing with the kit fliers. then it was time to go to sleep.

After breakfast it was time to head to the beach. There they pulled my trailer onto the beach in its entirety, this saved me from carrying kites again.

After positioning on the beach, it was time to fetch kites. On Saturday I mostly had my bigger lifters in the air as well as the turbine, Sparky and Team sushi.

below you will find more pictures about the kite day, these pictures are not all taken by myself. but by several pilots throughout the day and shared in the participants whatsapp group on the day of the event.

Of course, an attempt was also made to take aerial photos. the light was not optimal but still i have some pictures

About 4 pm rain was predicted, because we didn’t want to let our kites get wet, they were all tucked away just in time.

After that my cart was pulled from the beach and it was time for dinner.

7:30 – After a restless night with a lot and heavy wind, the tent is back in the car, after that i showered and had breakfast.

It soon became very clear that on day 2 it was going to be nothing. After the group meeting on Paal 20, it was decided to cancel Sunday.

Then I said goodbye and returned home.

On the boat I had made an appointment with some kite friends. After saying goodbye with them on the boat, the weekend was over.

After 5 hours I was back home, and the unloading of the trailer could start.

When everything was unloaded, the trailer could hibernate in its parking space at my acquaintances.

It was a nice kite weekend and a happy reunion with various kite fliers,
We are already looking forward to the next adventure