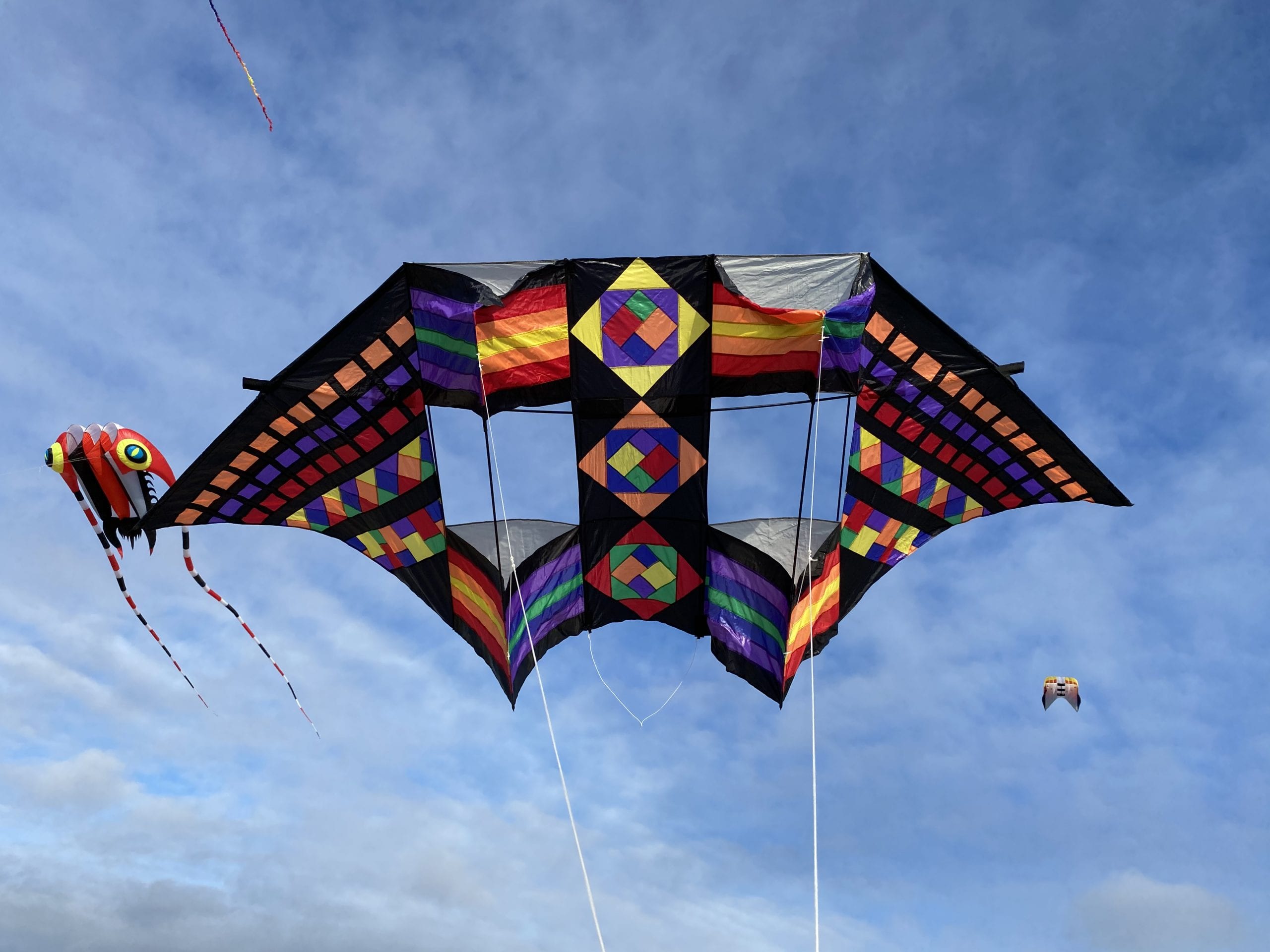 The end of winter

It is Saturday, March 20, 2021, the end of winter and a beautiful kite day. After I needed to do something at the office in the morning, I went to Zeebrugge in the afternoon for the start of the kite season. I myself didnt bring that many kites with me, since i was only there at 2.30 pm, but traditionally I was able to test a few things. After meeting with the other kiteflyers, i started my kite day.

Two one-meter anchors, they hold up well in the sand. This saves me from getting a few big bags full of sand. Although I now have to walk in circles …

During my last kite trip to Zeebrugge I bought a messenger from a kitefriend , which I finally got to test today.

I still have to figure out how to drop candies and how to attach my camera to it, but this will be for the next time.

I also did a small test with 3 Conyne deltas as a train. In the beginning they didn’t fly very stable, but after a few tips from a kiteflyer, they eventually flew well and stable.

The trick was in the sticks that are in the wings, you have to move them to the tip of the wing.

Besides me who was testing with some kites, there were also other kiteflyers with their kites,

There was Bert’s black manta, which already flew under very light wind and without a pilot kite,

I was genuinely impressed

Also Bert’s bol was willing to open up under little wind, didnt turn as much as its normaly do

Sparky was also there, and liked it to be allowed to be let out once again.

Stefaan’s trilobite was completely in his element at the coast.

There were also some rotors behind the dunes spinning,

messages from social media revealed as many as 18 of them were spinning at any given moment.

Some other photos are: