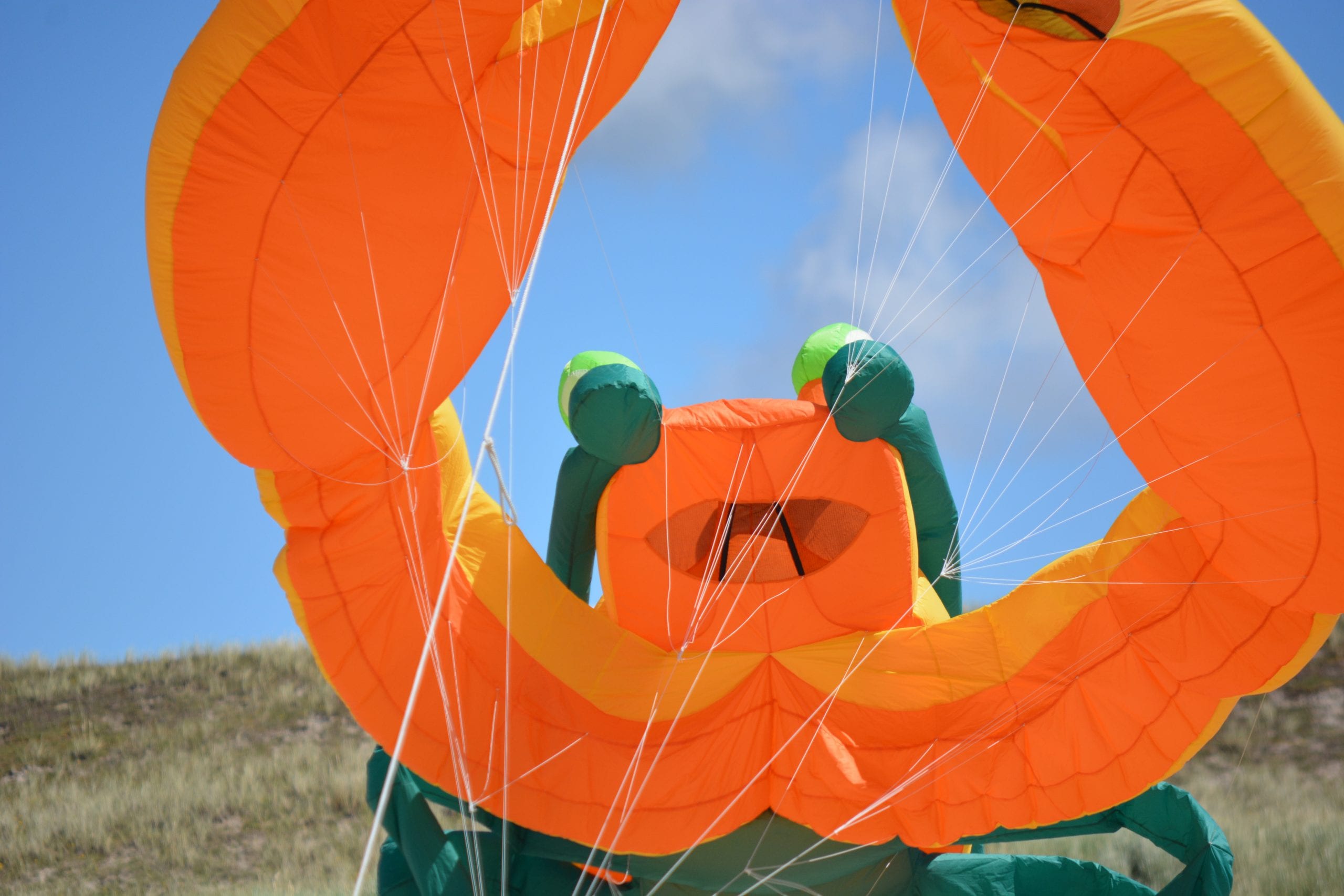 Some time ago, my friends from “Vliegeren is voor iedereen” asked me to come along for a weekend to Callantsoog to go kite flying near the beach pavilion “De Stern”. Of course I did not have to think twice and said yes to the invitation.

This weekend it was finally so far, after I loaded everything into the car on Thursday evening, it became Friday 10/7 at 7am time to leave for stop one Oud-Heusden.

Once we arrived in Heusden it was a happy reunion with Rob, Marjolijn and co. After lunch we started the two hour trip to Callantsoog, where we had booked at Camping De nollen.

*blokarten: Blokarting is a kind of sailing but without a boat on a 3 wheel cart on the beach.

After the Blokarten we walked back to the car, where we encountered another kite pilot in distress. Rob couldn’t resist giving him a short kite flying workshop.

After the workshop we went to the beach pavilion De stern. We had a delicious dinner there.

After dinner we tried to fly a kite on the parking meadow near the campsite. however, there was no wind and only the Dopero wanted to cooperate a bit. After that we held a team meeting at the caravan, after which it was time to go to sleep.

7 in the morning, after I had been awake for 2 hours and there was still nothing to do, I took my indoor 6-81 kite from Karl Longbottom out of the kite bag.

Picture part of a video by: Vliegeren is voor iedereen

After breakfast we went down to the beach, there was already a good breeze, ideal to let the first kites fly.

As the day progressed we had more and more kites in the air. The most popular kites were as usual my turbine and the new Kites octopus is from Vliegeren is voor iedereen

If I received one euro from every photo and touch at the turbine, I would have made 300 euros again.

Of course there are so many more kites to see than I can tell about it, so I let the pictures speak for themselves.

There was also some time at KAP, as usual I had my gopro with me.

So what seemed to be a perfect continuation from the previous day was not the case. The day started with 0 wind.

However, the beach was empty, I could only test a few things like my Phoenix and Mad hatta

Still, Rob continued to push his oneliner up in the air

Until we even got Vivi airborne.

Our kite Friend Marc also tried to put some big things in the air.

These were about the only things that went up in the air in front of De Stern that day. At about 3 pm we started clean up and arround 4 pm we started to drive home. After another stop at “Vliegeren is voor iedereen HQ” it was also time for me to continue to Belgium and go home.

After I had been working for another day, it was time to put the trailer back on its spot in the shed with friends of mine. Ready for next time.

Be sure to check out the Facebook page of Vliegeren is voor iedereen, for more videos and photos