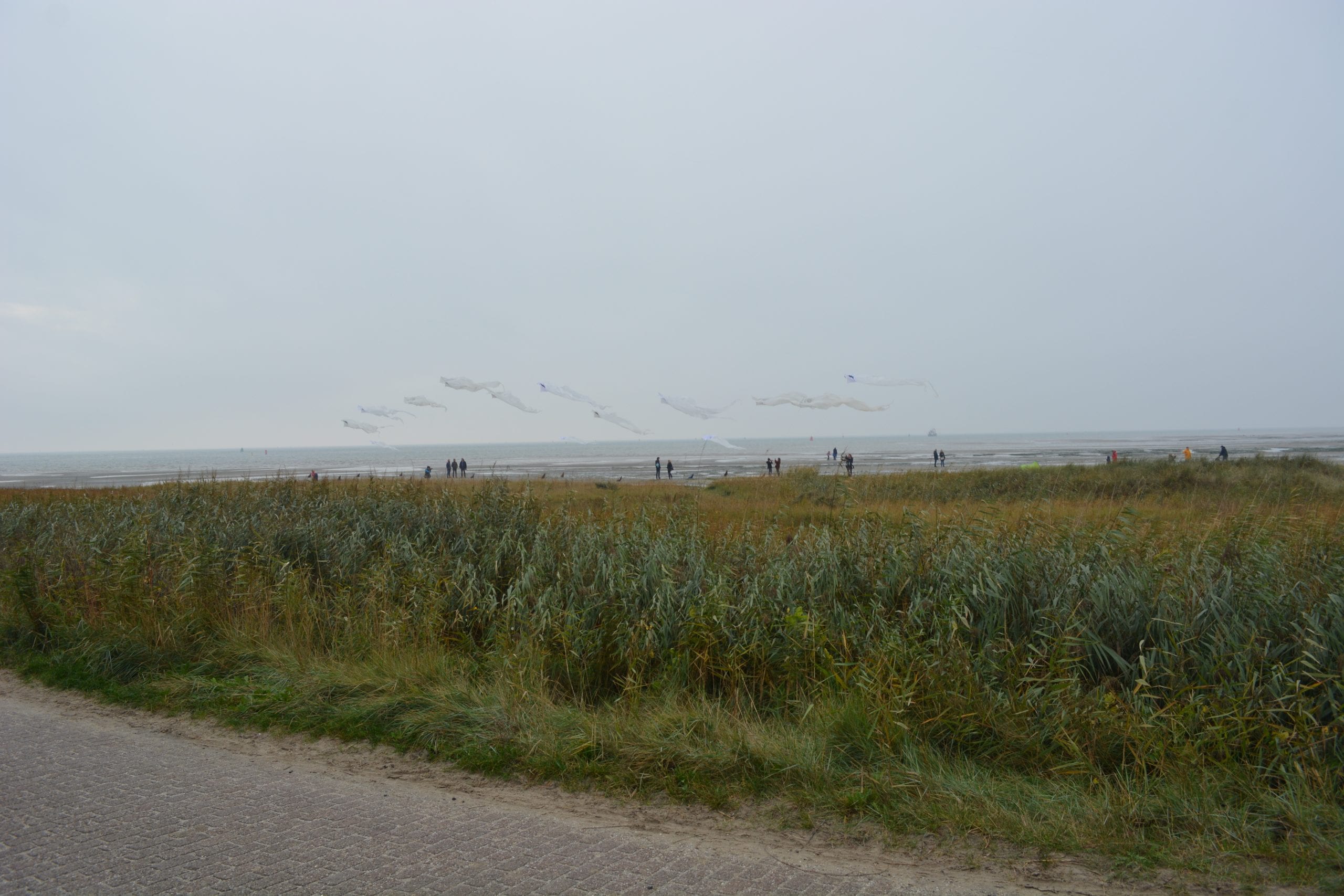 Last year, I already saw pictures of a fun festival, and I thought: “I want to participate in this”. After a first contact in April this year and later contacts with organizer Henk, I landed on Terschelling for the first time and I can say, it was more than successfully.

On Thursday I immediately went into “vacation mode” after work, it was cheaper for me to head directly to Terschelling than first drive home and leave on Friday. This immediately saved me 2 hours of travel time.

Of course I didn’t drive to Harlingen on Thursday, I had an appointment with my kite friends from the Windforce kite team in Ede. I stayed there overnight so that we could travel on Friday to Terschelling on time

After we had loaded everything in the trailer on Friday morning and repaired a few things, it was time to leave for Harlingen around 13:30. There we had an appointment with the boat at 19:55.

Around 16:30 we were in Harlingen. After we went to eat pizza at the local pizzeria, it was time to leave. Once on the boat it was a 2 hour crossing

Our little kite friend Tim still had some homework to do and since we were on the boat for a long time, this was an ideal opportunity. I helped him and gave some tips in the mean time. Everything for a 10/10 of course.

After the homework it was time for some “sightseeing” in the dark. Tim enjoyed going outside.

We landed at Terschelling around 9 pm. The large boat from Rederij Doeksen, the MS Friesland docked and we had to leave the boat. Once on the solid ground we only had to go a short distance to the bike rental. Terschelling is a car-free island so only the locals and much-needed cars are allowed on it.

After a short bike ride, we checked in at Stayokay, one of the sponsors of the event and also the organizer of all logistics things. After checking in we had an appointment at the bar. There Arjan gave a demonstration indoor kite.

Waking up on Terschelling has so far been one of the best I have experienced. The view is beautiful and the company pleasant. After breakfast it was time to leave for the beach. After a short bike ride we arrived on the other side of the island.

Once there, the Rederij Doeksen kite was high in the air.

The sponsors were also thought of, because without them, no kite party.

After the trailer was pulled up to the beach by a big pick-up truck, it was also up to us to take action. After filling a few large bigbags with sand, we were able to hang the large octopus and turbine in the line.

Besides our kites, there were of course a whole lot of other kites, flown by the other kite-flyers, I think there were arrounds 25 people in the group, people enough for many kites. a small impression below.

After a long time I pulled out my original “HQ powersled 3.0”. It was already a while ago when i flown it the last time, since I have my “Premier kites powersled 36” now. But I needed an extra Sled to KAP, so I went to search and opened the flyer bag and thought to myself “oh good” I still have a powersled.

The end of the day was a bit more chaotic than planned, because it started to rain and it was quickly putting everything away. Fortunately we were able to cycle back to the Stayokay at dry conditons. Once there, it was time to eat and get some rest.

Around 8 pm it was time for night flying. I myself dit not take my night kite for the humidity in the air, but I did enjoy the ones that were there. I apologize in advance for the not so sharp photos, it is not that simple to photograph moving things at night.

Day 2, the green beach. at high tide and very small beach, at low tide Reasonably large. Is right next to the harbor and so the people arriving by boat can see us immediately.

“oo how nice”, I come to the beach and see a container. Specially put to deposit waste. All the little bits help to keep the beach and nature clean

I don’t have many pictures of the green beach. Halfway through the morning, just before I started KAP, the wind started to go faster. with the result that some dangerous situations started to occour. A few kites already got into trouble, one of mine as well. That was also the signal to clean everything up. Still, I was able to take some pictures earlier in the day, which I gladly give you:

When I decided to clean up, my camera was of course already hanging in the air, so I also have some pictures of the Gopro 6B.

After everything was tucked away and the weather, which had settled again, I explored the beach. so you had a nice view of Terschelling on top of the mountain

At 17:30 it was time to leave for the mainland again. After 2 hours of sailing we were there.

After we all said goodbye to each other, it was time to go home. We connected the trailer to the car and headed for Ede.