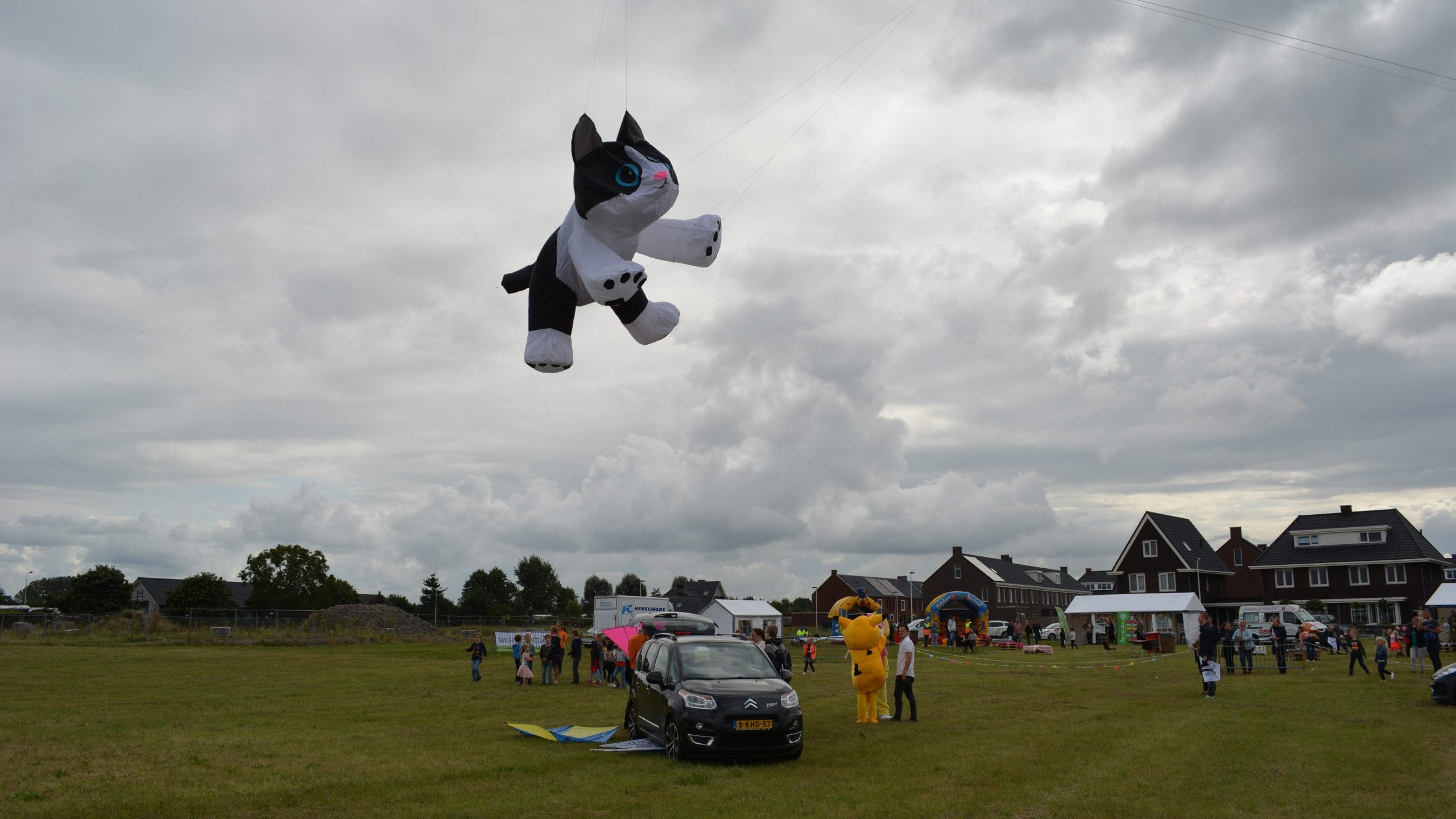 It was the second time that I participate at this kite festival. The weather was not as good as last year, but that did not make it less pleasant, on the contrary.

I arrived early in Etten-Leur. Around 9 o’clock I drove into the district where the kite field was located. After saying hello to everyone, it was time to take the kites out and start with this, for my standards, a small-scale but no less pleasant event.

I was there with the friends of “vliegeren is voor iedereen” and “Sky flyers”.

Also the “Peter lynn demo team” was there. Here you see one of hum mattress kites.

The Sky flyers attempted to get their lions in the air. But due to the lesser wind this was not a great success

In between the rain, there was also time to drop candy

We also had to watch out for “Pikachu”. Angel, Rob’s daughter, was hidden in the suit.

I myself have flown with a blue angel. These are owned by “Vliegeren is voor iedereen” and made by “Nick James”

it was a nice weekend and I will definitely be back next year.

See you next Time