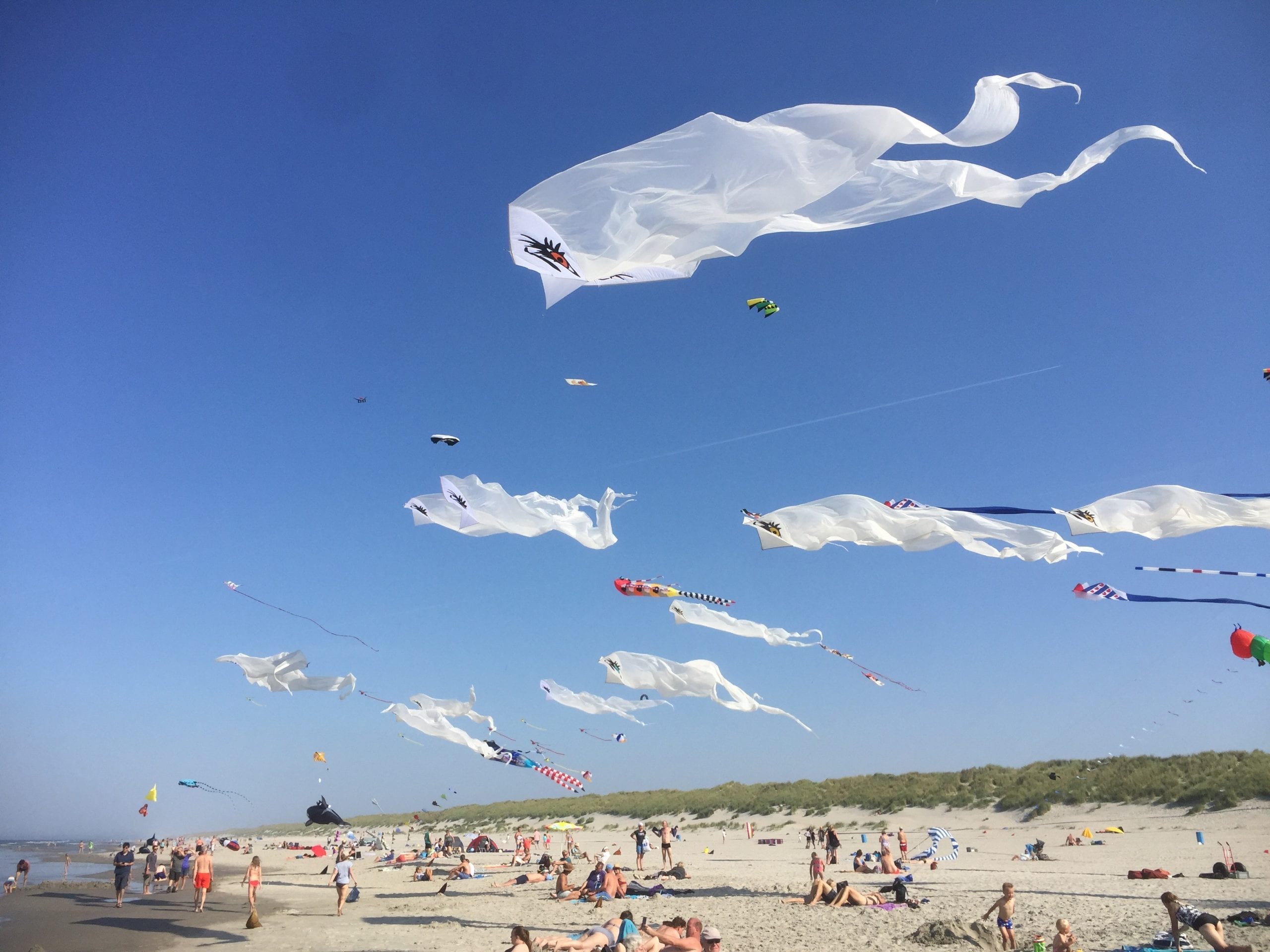 There is a first time for everything, and also for the Ameland kite festival, it was a fun weekend full: Boats, water, kites, sand, kite friends, but above all beautiful and good kite weather

The first stop of the day was with my kite friends in Ede, I had brought my trailer to load all our kite materia in itl, so after loading we drove towards Holwerd,

When we arrived in Holwerd we hung the trailer on a van that made the crossing.

A little after 6 pm it was time to get on the boat, both us and the vans

Once the trailer was on the boat, it was a 50-minute crossing.

The boat, not ours but the second of the fleet came in the opposite direction

Arriving on the island there were bicycles ready for everyone, after making the bed, having a bite to eat and some socializing it was time to sleep

We started the day with breakfast after which we left for the beach. When we arrived there, we had to figure out how to get the trailer onto the beach

There was a guard post from the local KNRM next to the beach entrance, they had a 4×4 jeep next to their post and we kindly went to ask for help and hup the trailer was on the beach. Then it was show time

What was not successful in Rijsbergen, I partly managed to do here, 10 Canard deltas in the air

There were of course many other kites in the sky, a small impression of the large amount can be found below

After the photo round it was time for lunch, here we had a toast and a meat croquette with a salad and a soup.

After lunch, at 16 o’clock at that time, it was time to get the aerial camera and take a walk with my “Powersled 36”

After aerial photo flying it was time to clean up and pack everything, because it was dinner time at 7 pm. The KNMR also came back to pick up our trailer.

Also for the second day there was a lot of sun on the menu and wind, although it was a bit less than Saturday, nevertheless there were some kites in the air.

Also my turbine was back on the beach, and immediately had a lot of interest

Unfortunately I have not been able to take aerial photos, there was just a little too little wind on the Ameland coast for this.

Nevertheless, there were some kites in the air.

At the end of the day, Arjan from the “Windforce kite team” pulled a stunt kite out of the bag and showed his skills,

After all the kites were put away and the houses where we stayed had been cleaned up, we were back on the boat to the mainland somewhere around 6 pm.

And that’s how the long awaited kite festival of Ameland is over. This now also means 6 weeks of no more large kite festivals or events and is therefore the end of a pleasant summer season full of fun kites, people and kites.

The next Weekendfestival then becomes Texel at the beginning of October and we start the autumn season on 7 September with the kite happening of Etten-leur.

Until the next Kite thingy!