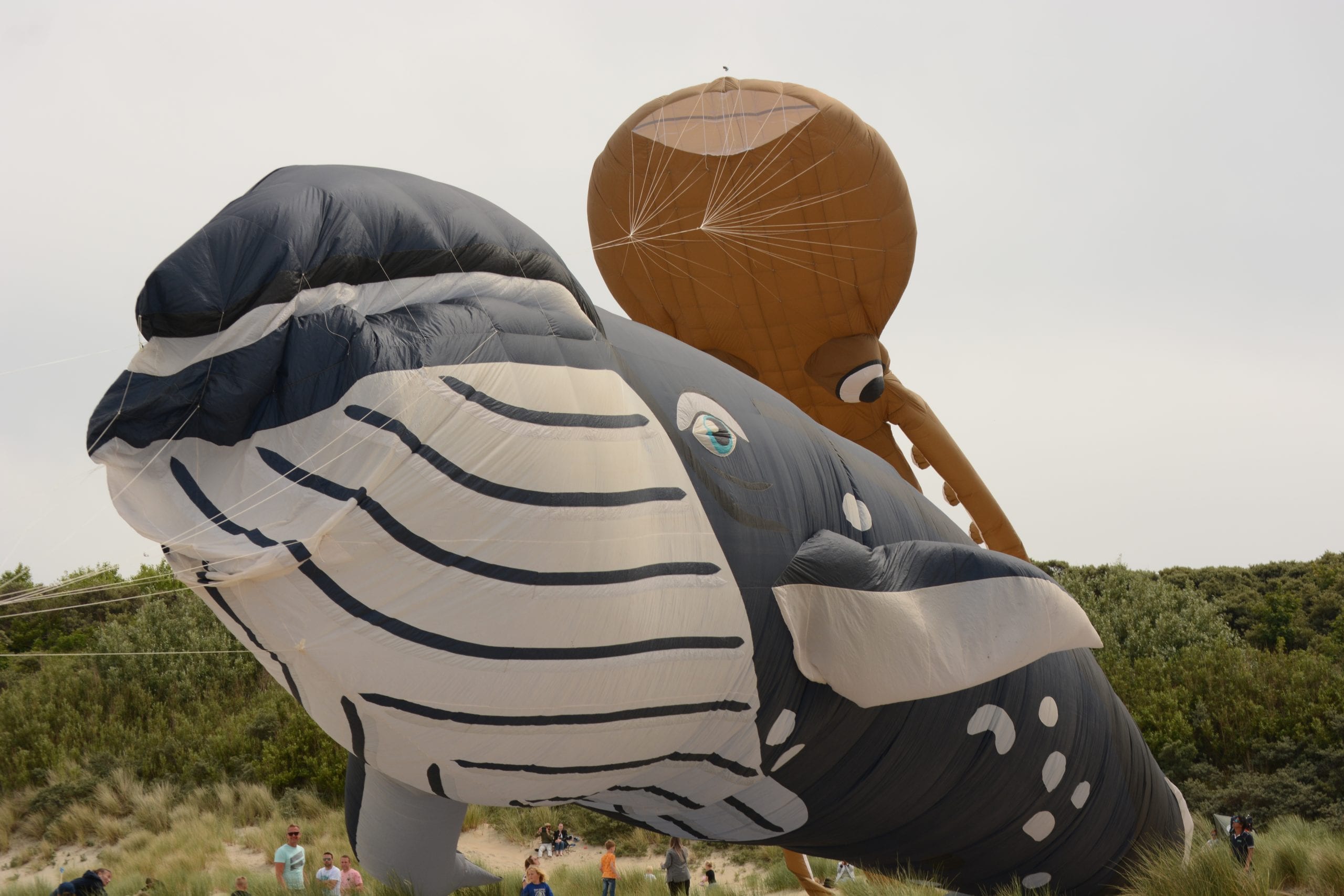 This time I participated the entire weekend in the festival, in the past, this was always one day. It was an eventful festival full of fun and many kite friends.

After I arrived around 2 o’clock near the “Strandpaviljoen Our Seaside” in Renesse, we started unloading all materials. We were able to place all our kites from everyone present in a container that was attached to a Telescopic Handler. the convenience of this vehicle was that the owner of the pavilion can easily go through the sand, it has 4×4.

Afterwards we all went for a drink in the pavilion, after which it was time to leave for the accommodation

The accommodation was a group stay at the “Klaverweide” about 10 minutes drive from the kite festival. After the distribution of the houses and rooms we unloaded the rest and made the bed. then it was time to return to the pavilion for dinner.

After dinner, a few kite flyers decided to release a kite,

Then it was time to return to the accommodation, to catch up with people and enjoy a well-earned night’s rest.

What was feared became reality. Mother Nature had decided to put the fan on position 3. Wind speeds up to 50 km / h with even higher outliers and rain, lots of rain. it did provide nice pictures. but I was not able to fly a kite, because safety and the protection of materials are more important.

Wind speeds up to 50 km / h with even higher outliers and rain, lots of rain

So it was time for an alternative program, some went swimming or went to a nearby village. Others had started to cuddle donkeys, I myself had a moment of gaming and watched some episodes of a Netflix series.

Later that day just before dinner, we drove back to the beach. The rain was no longer there, but the wind was still there, although it had subsided slightly.

And yet there were some kites flyers working on special “vented” REV 4 line kites. These are special kites that catch less wind, because holes have been made that allow wind to pass through

Another day and another weather. From 60 km / h yesterday to almost nothing today, fortunately this quickly recovered and we were able to enjoy a wonderful flying day

There was a lot to see in the air, from small deltas to REV kites, Mantas, power kites, power sleds and giant air-filled objects. and this from different kite teams and a total of seventy kite flyers. You can find a small impression of the many kites below.

I also tried to take some aerial photos, but for KAP there was unfortunately not enough stable wind, but I was able to give the necessary explanation to someone who looked very interested. This turned out to be a journalist and that is how we get into the newspaper again. That is, the local digital newspaper. The Full article can be found on the PZC website

and that is how we get into the newspaper again. That is, the local digital newspaper.

Monday the last day of the kite festival, time for the big guns. I had pulled out my 15 square meter power sled and the 1000 kilo rope. My kite friends from the windforce kite team with whom I had been together for the entire weekend had a large 25-meter trilobite, which we had first hung on the line, then my large turbine and another smaller one. It was a nice colorful combination.

This time the wind came from over the sea, this ensured that there was enough wind for many large and small kites. There was also a lot to see on the beach such as cows, pigs and ladybugs

As it became two o’clock, the wind started to turn and we had also been notified of a thunderstorm and we started cleaning up. However, we were too late and the rain clouds had caught up with us, it was fortunate that all our material was on the ground and the electronics were dry. The Trilobite, fish, power sleds (15 and 3 square meters) and Flowform were less lucky and were caught by the rain.

After the rain, we had a period of perfect kite weather, nice air and good wind, ideal to fly everything dry

During the dry kiting, the youngest member of the company also released a kite. This is a beehive box kite or honeycomb kite.

And not only the little ones had fun

After this we cleaned everything up and after dinner it was time to take everything to the car…. In style

After we had loaded everything in the car, it was time to say goodbye and return home. One thing we know, we will see each other again in the next festival.

See you next time