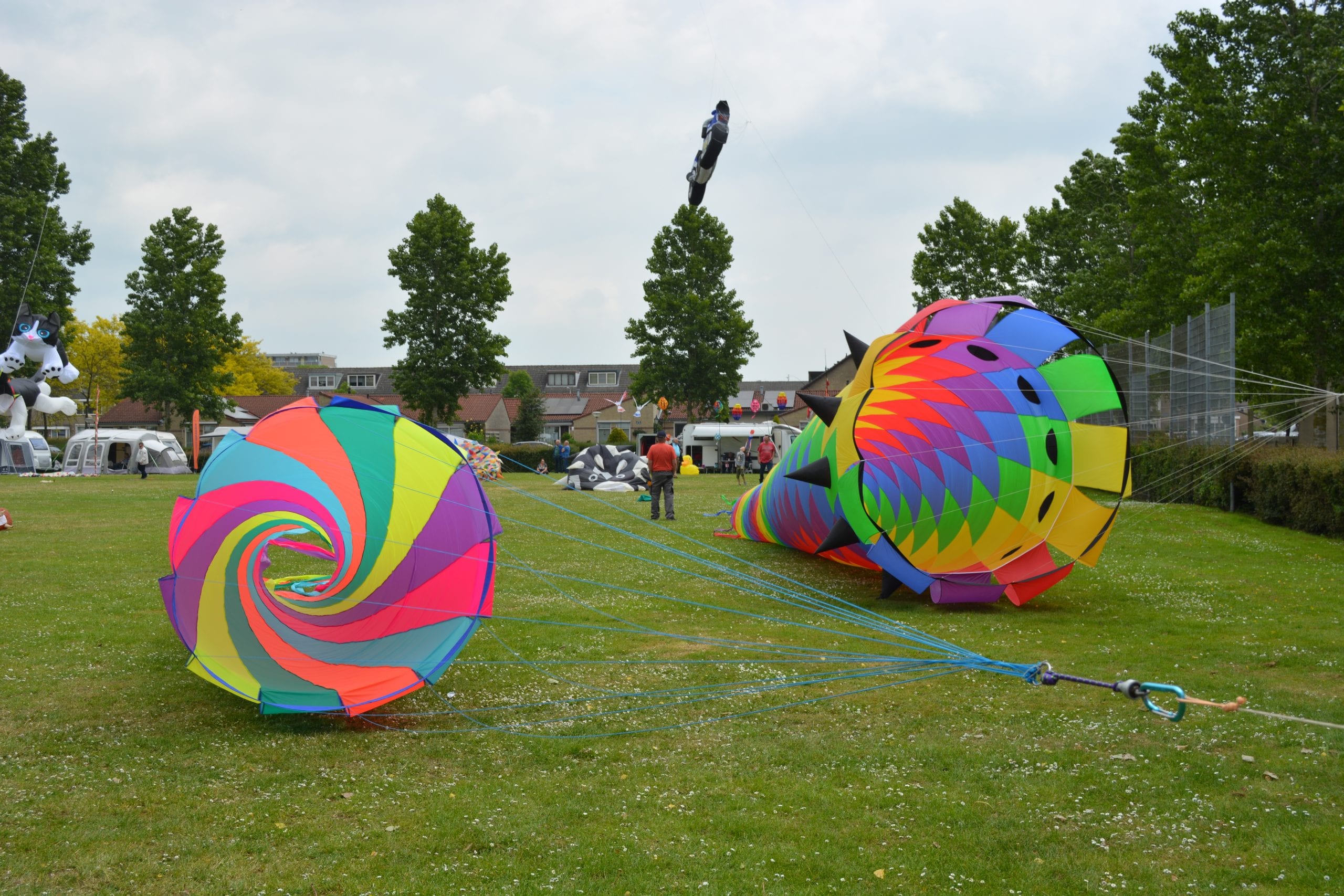 For the first time there was an international kite festival in Schoonhoven, the Netherlands. It was pleasant, provided that not everything was optimal, but certainly succeeded for the first time

I had an 11 o’clock appointment with Rob from “Vliegeren is voor iedereen” in Almkerk.

Then we drove on to Schoonhoven

After 3 hours full of beautiful landscapes and asphalt, we have arrived in Schoonhoven. But before I could go there, I had an 11 o’clock appointment with Rob from “Vliegeren is voor iedereen” in Almkerk. After a pleasant meeting we went on to Schoonhoven.

After the tent was set up and I stopped by the local Albert Heijn, I took my KAP stuff. The wind was ideal and there was hardly anyone else on the small kite field.

On Saturday there was not much going on, because mother nature had decided to reduce the wind to 0km / h with an occasional gust of wind. Fortunately it was a nice group and I could fly the Dopero now and then and this without going defect.

Mother nature had decided to reduce the wind to 0km / h

And yet there was something to experience, there was peripheral animation and a camera crew, they had spotted Vivi and her owner. They pushed the micro under Rob’s nose and I took care of the “behind the scenes photo”

There was also a night kite flying session on the program, but due to the wind conditions we had to come up with an alternative program. We have arranged the various kites along and on the site and so there was still something beautiful to see at the festival

Due to the wind conditions we had to come up with an alternative program.

On Sunday the weather was better, more wind and a slightly cloudy ozone layer, ideal for kites. There was something to see from turbines, bouncing buddies and cody kites to cell kites, balls and birds

You can find a nice impression below:

after the kite festival ended, I took some time on the way home for something that I still like doing and this is taking a RoRo boat by car

See you all at the next festival