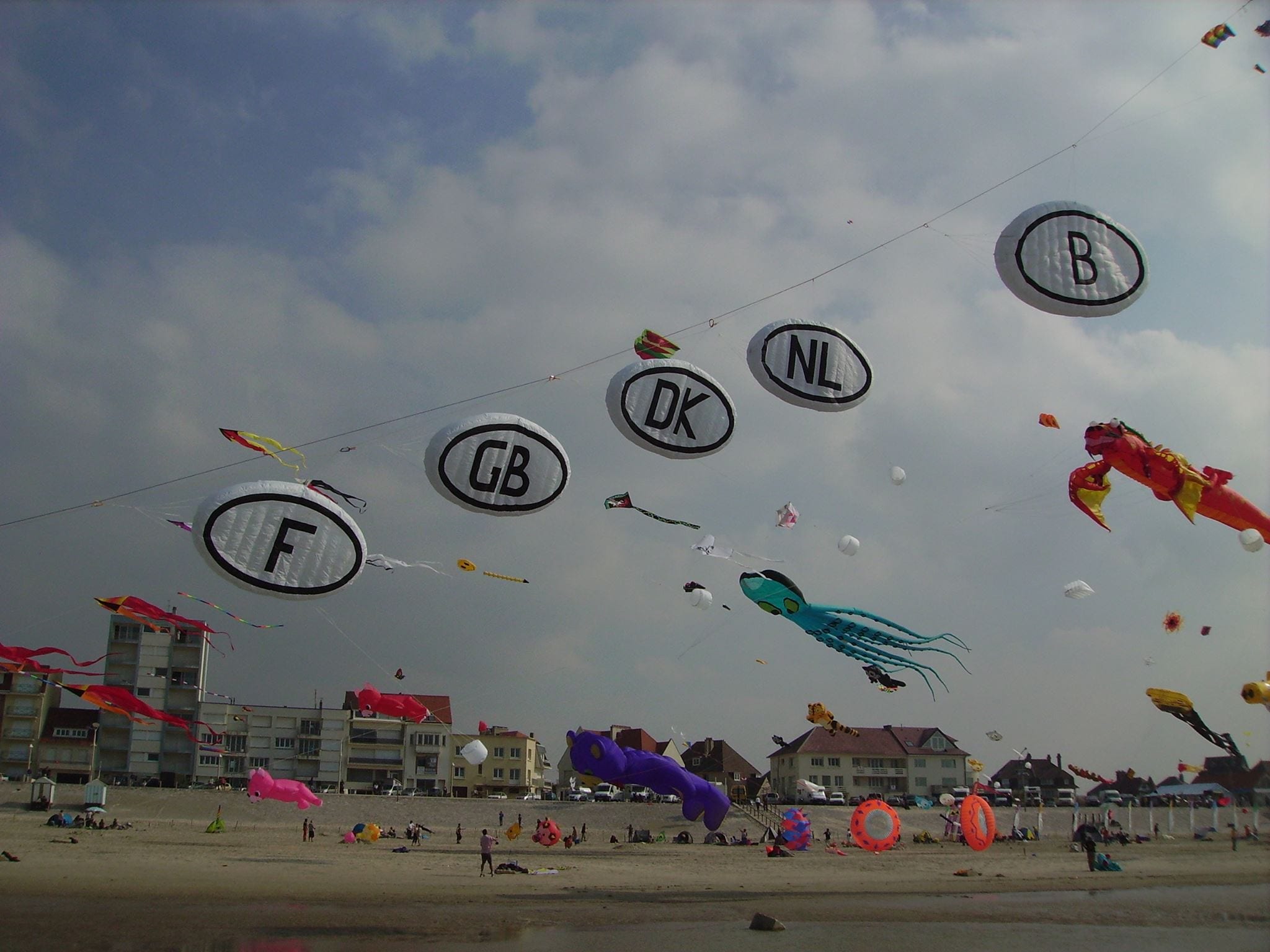 As a yearly tradition, I participated again at the kite festival of Zeebrugge this year. This time I was there on Saturday

11 am, arrival at the kite festival

No wind to be detected

When I was approaching the kite festival, I got a bad feeling as I got closer from Zeebrugge, because I saw on the trees next to the motorway that there was no wind. No tree tops moved. When I arrived at the beach my fear became reality, zero wind.

As the day progressed the wind started to rise more and more and you could tell that by the increasing number of kites in the sky.

One of the new compositions that I have are these 7 (there are 5 in the photo) new kites. These are 7 new HQ Hoffmann’s Canard Delta kites – Yellow version, which I have also given a name. I call them “The seven magnificent high flying birds”

Just another view of the seven,

One canard delta has a 10m long tail, is yellow and black in color.

After a long time, the KAPcam was brought back up

The Gropro was ready to go

After all the kites were up in the air, it was time to take out the KAPcam. The Gopro was dusted and completely ready to go.

The first thing I started photographing was a yard on the beach. There, they were – as i heard -busy making a connection for offshore wind turbines. But I have no idea what they were actually doing there.

Of course I also took some pictures of the kites in the sky. Provided it is a smaller kite festival, I have not been able to take so many, but I still want to show you this.

This was it again for this weekend, it was nice to meet acquaintances and to fly a kite together.