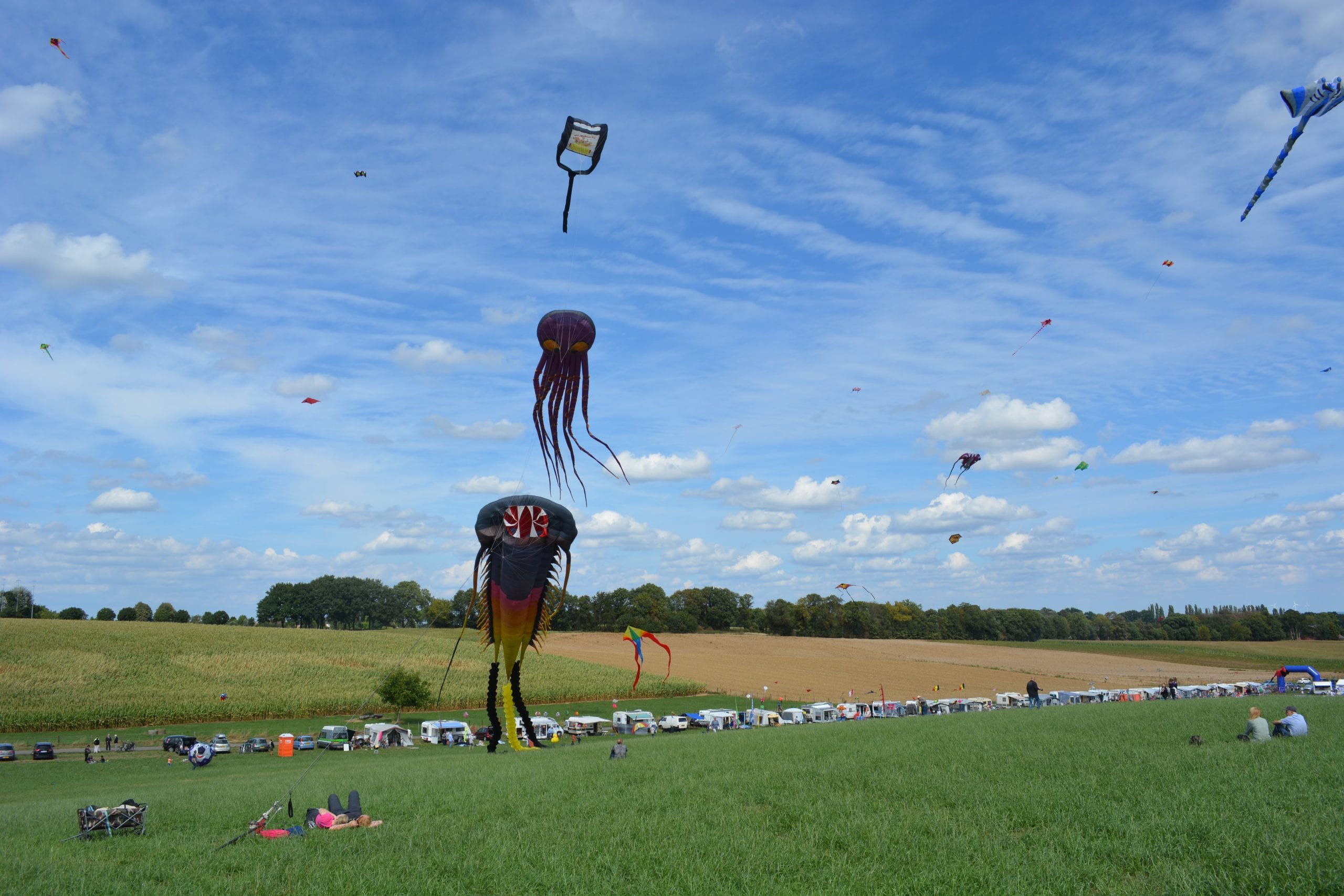 In this years 34th weekend, also the last weekend of august, it was the kitefestival of Oirsbeek and this for the 39th time. Its also the first time i participated. There were a lot of things to do, so i gonna tell them as good as possible.

The day started well, a little cloudy but a good kite wind. This resulted in some nice kites in the air.

One of the kites was a Heksebeest, the special thing on this kite was that he was equipped with a “kite messenger”

The kite messenger gets a load and flies up to a certain predetermined point. If he reaches the point, he drops the load and comes back down

A load can be: Candy, Teddies, Little balls,…

Here are some pictures of the candy dropping.

But at the end of the session, as the camera was still high in the sky it started to rain. i needed to run to get the camera inside. Not that the Gopro can’t handle the water, but the picavet system isn’t water tight.

The rain was short-lived and as usual, after the rain comes the sun. And by the evening it was dry again. Time to go nightkiting

To start the wind was gone… To bad, no nice kites in the air…. as an alternative we setup our kites on the ground and lighten them up with a spotlight, this also created some nice pictures

After that, it was time to clean up and prepare for the next day.

Sunday the 26th of august

On Sunday I flew my biggest kite again and after that I cleared my tent, because I still had a full return trip.

but i still took the time to take some nice pictures

And after a fun kite day, this edition went to an end.